You wouldn't consider owning a car without fuel or temperature gauges, so why would you own a plaster clad house without moisture monitoring?

Many plaster clad buildings are only being rebuilt or re-clad because problems were not found in time.

The key to keeping monolithic clad houses safe and dry, maintaining their value and avoiding a re-clad,  is regular moisture readings and maintenance.

Why You Must Monitor Your Home

The difference between a $500 repair and a $5,000 repair may be just finding the leak 12 months earlier

You could also say that the difference between repairable defects and a re-clad costing hundreds of thousands could be just finding the problems three or four years earlier.

There are multiple ways that moisture can get into the framing on a house with monolithic cladding.  Around windows, doors, and flashings, wicking up from the ground, deck failures, overflowing gutters, failed sealants, cracks….. The list goes on but the fact is that virtually every house is leaking somewhere.  And some are leaking worse than others.  Leaks usually stay undetected until they have caused damage.

Mostly these houses were built using untreated, or undertreated timber, never intended to get wet.  To compound the problem, the cladding is usually nailed hard against the framing with no cavity or air circulation to dry the leaks out.  These are fundamental errors in building standards and practices that should never have been allowed and are now banned.  But tens of thousands of owners have to deal with the reality that their houses were designed and built as ticking time bombs – they will leak, and when they do, their houses are in danger.

The result is decay, which can carry on undetected within the wall until it is really bad.

The only practical answer is to monitor your home for leaks so that they can be detected and dealt with before they cause damage.  The good news is that this is available and inexpensive.

There is only one permanent moisture monitoring system available for houses.  Mdu Moisture Probes were invented and patented specifically for this purpose and are discretely installed through the skirting boards everywhere that moisture from leaks is likely to accumulate.

You can find more information on the Mdu Moisture Probe System here.

What Does Moisture Monitoring Do For You?

Moisture Monitoring helps homeowners make their plaster-clad houses safe and dry, keep them safe and dry, and prove this to future buyers.

The initial installation of the moisture monitoring probe system provides vital evidence about the current condition and performance of your house so you can make important decisions.

Based on this, you can address the issues, which may be as simple as carrying out some targeted repairs, or re-treating timber for protection against decay and insects.

The moisture probes are then read again at regular intervals by our technicians to check that the repairs have worked and identify any new leaks that may start – for example, sealant that has failed.

By carrying out the required maintenance identified by the probes, you can address problems as they arise, to keep your house safe and dry.

All data is recorded and published on your personal webpage, with information overlaid on your house plans.  Detailed tables showing the timber condition, treatment level and every moisture reading are included.

This is what a house plan looks like with the overlaid moisture data. 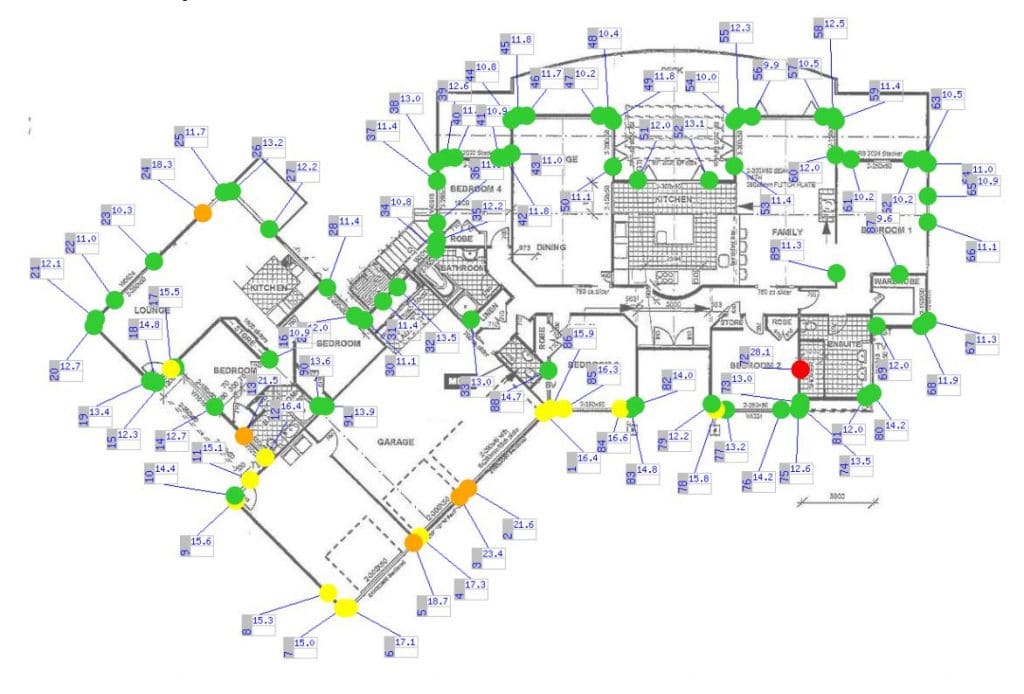 The moisture data shows the owner that there is one high moisture reading, at the wall behind the shower – the owner now knows that the shower is leaking, and needs to be resealed or repaired – before decay can set in.

There are also some elevated moisture readings along the front and side of the garage where the cladding is buried into the concrete.

This level of information is absolute gold for every plaster clad home owner wanting to maintain their home.

When it comes time to turn your most valuable asset into hard cash, you are selling a house with a history of being dry, with an early leak warning system installed, and a maintenance plan that keeps it dry and safe.

You may book a half an hour phone consultation (Free)

You may book a half an hour phone consultation (Free) 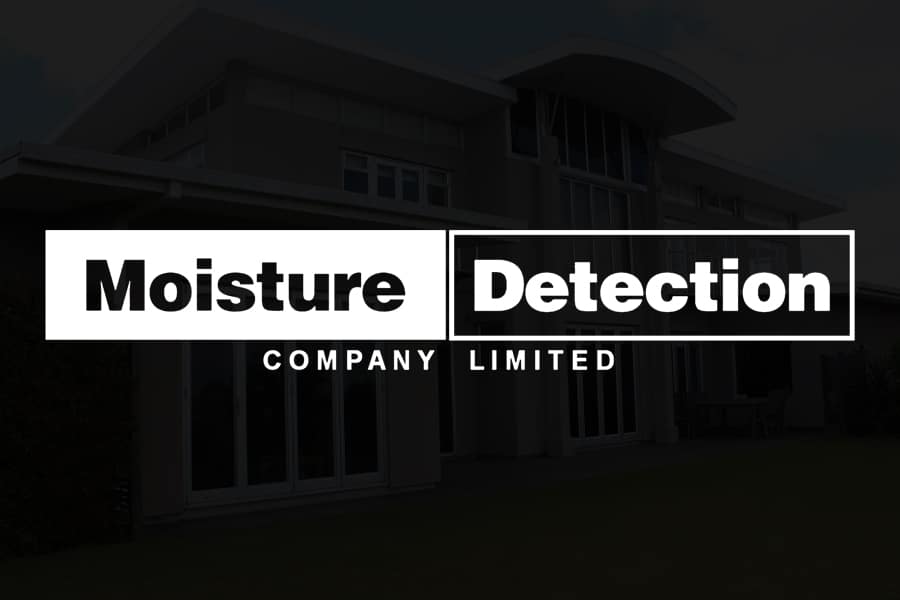